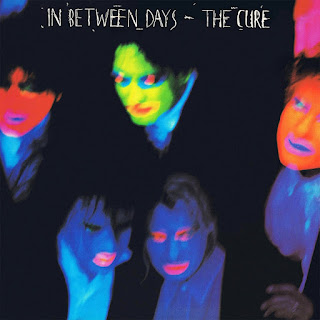 When I arrived at college and first came across the Cure--one of the many bands I was shocked to discover already had a rich body of music yet had completely failed to penetrate my high school suburban bubble--I thought of them as primarily a dark, Joy Division-influenced goth band. Early 80s records like Pornography and Faith were hardly finger-snapping bundles of fun, right? But when The Head Of The Door dropped in summer '85, and especially lead-off single "In Between Days," there was a mad rush among the college DJs to see who could slather the music with the most on-air love.

And while "Days" is forever emotionally tied up with my college years, it's had undeniable staying power. Every element is there--that brief yet immediately recognizable snare intro, the boppy little bassline, the captivating guitar & synth interplay (bringing the band into New Order territory), and of course Robert Smith's distinctive vocals, magically bridging the band's darker musical and lyrical tendencies with pure bubblegum hooks. I don't think I made a mixtape without it for the remainder of the decade, and it's still a pretty surefire winner for any playlist.