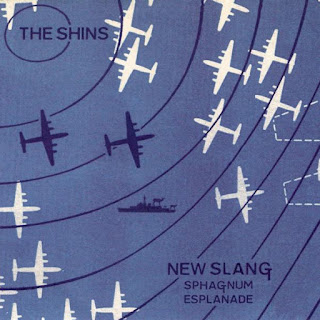 Yeah, feels a little high on the list. But if inclusion on mixtapes is a factor in evaluating a song, then "New Slang," which found its way onto pretty much every mix I made since its release in 2001--right around the time I bought my first CDR burner--up 'til the eventual end of the hard-copy mix era, deserves due credit.

It's an odd little song, with lyrics that are alternatingly indecipherable and impenetrable, much like early R.E.M. (and where, as with early R.E.M., I'd sing along with my own interpretation of the lyrics, most of which were completely wrong). Musically, it's both understated and surprisingly effecting, with a gently strummed yet melodic guitar that calls to mind both the Feelies and Simon & Garfunkel, joined by those nifty Brian Wilson-esque ooh-ooh-oohs on the front and back ends, James Mercer's vocals drawing you in and not letting go, whatever those damn lyrics are.

And, yeah, its prominent usage in Garden State--"You gotta hear this one song, it'll change your life forever, I swear"--was both a boon and a curse; but ultimately, the film chose wisely, the song living up to its promise. Indeed, bringing us back to R.E.M., I enlisted some help from Garden State in my book, as excerpted below, because why not? 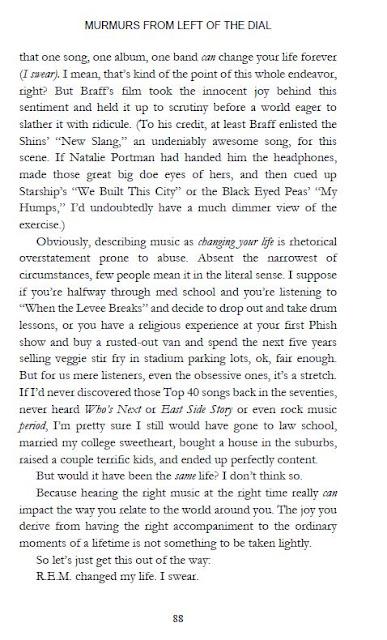