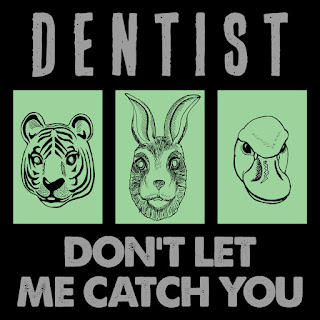 Yep, still working on my annual best-of mix. I shared 11 top tracks from 2022 a few weeks ago. Ready for a few more?

Dentist, "Don't Let Me Catch You"

Dentist's Making A Scene is pure pop-punk, perky and smile-inducing in ways that call to mind Charly Bliss and the Beths. Fun video for this stand-out track to boot!

Say Sue Me, "No Real Place"

Not unlike Alvvays (from the prior list), South Korea's Say Sue Me take elements of shoegaze and dream pop and craft fizzy bubblegum grooves out of the stew.

America's most important protest band of the 21st century takes a break from the pointed observations of a country in crisis that have dominated recent work, and reminds everyone that they can also be the country's finest bar band for shits & giggles.

A sequel of sorts to their classic of modern-day psychedelia Ladies And Gentlemen..., this year's Everything Was Beautiful revives Spiritualized big, booming, headphone-friendly deep-space sonic explorations, ideal for a late-night zone-out.

Young Guv, "Couldn't Leave U If I Tried"
Young Guv III is, yep, the third in a series of rapid-fire, ridiculously infectious jangle-pop albums from Ben Cook and his crew. Equal parts Byrds and Teenage Fanclub and 60s bubblegum. Wilco, "Cruel Country"
Wilco's Cruel Country promised a return to the Americana of Jeff Tweedy's earlier work; and while there was a bit of twang here and there, it was mostly another mellow, lyrical album not out of sorts with the band's recent work. So not a lot of rock & roll here, but a great listen nonetheless.Spiral Stairs, "Mole"
Pavement's triumphant reunion tour (rightfully) got a ton of love this year, unfortunately overshadowing another terrific collection of weirdly skewed yet wondrously catchy alt.rock from guitarist Scott Kannberg/Spiral Stairs.
File Under: 2020s Dentist Drive-By Truckers Indie Rock Pavement Say Sue Me Spiral Stairs Spiritualized Wilco Women Who Rock Young Guv