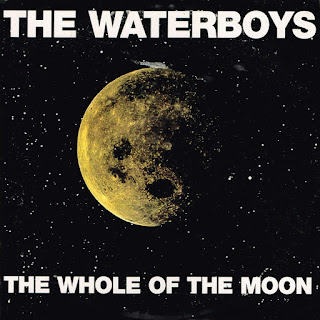 Here's another example of a band that I wouldn't count among my favorites coming up with a song I totally adore. (To be fair, The Waterboys have grown on me over the years; I actually prefer a lot of their more recent records to the older "classic" run.)

Maybe the song is a little too earnest. Maybe it suffers from some telltale signs of 1985 production. And maybe it runs on a bit too long.

But still, it unfailingly moves me. That memorable "I saw the crescent, you saw the whole of the moon" conceit works through its litany of clever, at times heart-tugging compare & contrast couplets. It's a slow builder with its eyes on epic grandeur, and somehow the damn thing pulls it off.

Live in 2014:And, hey, how about that Fiona Apple cover?
File Under: 1980s All My Favorite Songs College Radio New Wave Waterboys