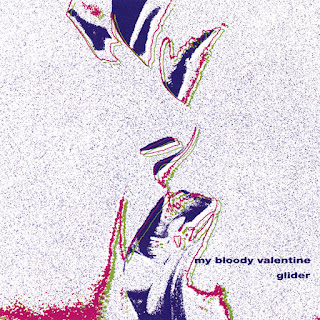 Here's one of those songs that has personal significance not so much as a singular piece of music, but rather for perfectly encapsulating a particular phase of my life.

Don't get me wrong; it's a great song. But I can't say I sit down and listen to 7 minutes of "Soon" all that often; yet when I do, it's invariably an emotionally fraught experience.

My Bloody Valentine neatly book-ended my immediate post-college years. 1988's Isn't Anything came out just as I was starting law school; 1991's Loveless came out almost exactly three years later, not long after I graduated, got married, moved across the country, and embarked on my career and adulthood. The woozy, disorienting shoegaze of those records captured my at times out-of-sorts feeling during those transitional in-between years. And, yeah, I was one of those weird people who actually liked law school quite a bit; but it was still a time of displacement, the joyous college years behind me and big changes ahead.

"Soon," which first surfaced on a 1990 EP before being repurposed as the closing track on Loveless, totally nailed that feeling of uncertainty. Like much of what was found on MbV's work, the sound is other-worldly, its trippy modern-day psychedelia run through a blender of distortion and bent notes. The basic framework of the track is a little more poppy than the rest of the album, built around an almost straightforward dance track with a compelling keyboard-driven groove over a basic guitar hook. But then the verses kick in, layered ethereal vocals and walls of distorted guitars that seem to go in and out of tune. It's simultaneously hypnotic and scary, just a little bit off in all the right ways.

...and the unabbreviated album version:
File Under: 1990s All My Favorite Songs Indie Rock My Bloody Valentine Shoegaze