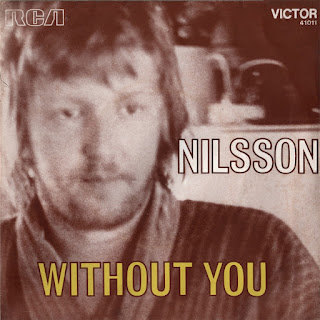 Not a huge number of ballads on my list--when I think about my favorite songs, it's the killer hooks that tend to come to mind more often that the softer stuff--but if you're thinking ballads, you can't do much better than this one.

It's also one of the small number of cover versions on the list. Now, don't get me wrong. Badfinger's original, from 1970's No Dice, is damn near perfect, yet another piece of stellar songwriting from late power pop genius Pete Ham. But it's Harry Nilsson's time-stopping, stunning vocals (before he blew out his voice spending a year in a drunken stupor with John Lennon and friends) that take the slightly sappy but heartfelt ballad into the stratosphere. I'm a sucker for Nilsson's voice, even on those spotty later LPs after he'd done serious damage, and this song catches him at his peak--in a literal sense, when he just smashes those unfathomable high notes.