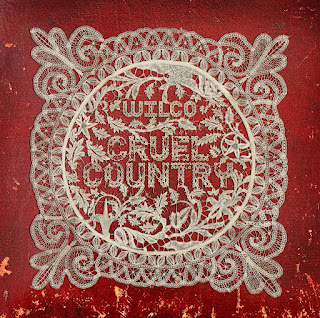 It's hard not to despair about the state of the U.S. these days (but since I try to preserve this forum for music and leave the political aside, I won't get into that right now)... but, sometimes, America comes through. So in the past week we've been treated to back-to-back new releases from two of the greatest American bands of the past quarter century (both of which remain at the top of my increasingly short list of bands I'll still see live any time they come through town). You can read fulsome reviews elsewhere, so just a few quick takes from my initial spins.

Wilco's Cruel Country was hailed pre-release as a return to the band's alt.country roots. But that's a bit deceptive. Of the densely-packed double album's 21 tracks, only a few have that twangy pedal-steel sound associated with Jeff Tweedy's early days. For the most part, the album hews more closely to the mid-tempo folkie ballads that have dominated their past decade. That said, the album does feel a little more organic and song-oriented than recent work (particularly 2019's Ode To Joy), which seems at times more given to ambient textures for Tweedy's journaling than catchy verse-chorus-verse confections. Or at least that's how the more immediate, twangy tunes (opener "I Am My Mother," "Tired Of Taking It Out On You," "Hearts Hard To Find," "Falling Apart," "Please Be Wrong," "A Lifetime To Find") strike me. The balance isn't out of line with what they've been doing for some time--pretty tunes that are enjoyable while you're kicking back on the couch after a long day, but not a lot of catchy upbeat tunes you feel like throwing on a mixtape (something even underrated releases like The Whole Love and Wilco (The Album) still provide.

Overall, I really like the album (definitely more than Ode, which some fans love but has yet to click for me); there are some tracks that grabbed my attention right away, and it's never less than solid. But I don't know if it'll remain in heavy rotation. As I've noted before, after Wilco's unimaginably great run of Being There/Summerteeth/Yankee Hotel Foxtrot (and maybe A Ghost Is Born), it's always going to be a challenge to embrace the new stuff; as much as a few new tunes might grab me, it's hard to spin up the record with Summerteeth next to it on the shelf. But a couple listens in, I'm still onboard. (Buy it on Bandcamp!) 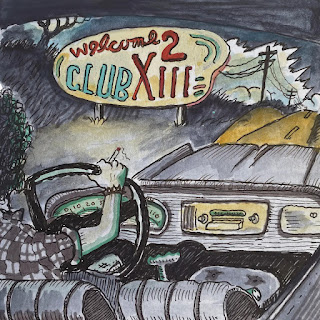 Ok, I've only listened to it once, but I'm very excited by Drive-By Truckers' latest, Welcome 2 Club XIII. After a trilogy of sorts that dug pretty deep into America's Trump-era psyche, with some jaw-dropping but heavy tunes about everything from racism to school shootings, this feels like a bit of a reprieve. Ok, even Patterson Hood's lighter songs come with some lyrical bite (and co-songwriter Mike Cooley has similarly left behind his early lighthearted Stonesy rockers in favor of no less poetic work). And, yeah, the album leads off with another dark epic that has you reaching for the lyric sheet (mainly to confirm the Replacements name-checks). But there's also stuff like Hood's title track, which feels more like a throwback to the band's earlier work, a delightful straight-ahead bar-band rocker; ditto Cooley's rollicking "Every Single Storied Flame-Out." And the quieter ones are more pretty than foreboding, with stellar "Forged In Hell And Heaven Sent" offering some lovely background vox from country singer Margo Price.

It's one of those rare albums of recent years where the closing notes of the final song have me reaching for the replay button. Buy it on Bandcamp!