Spiritualized: Everything Was Beautiful (2022) 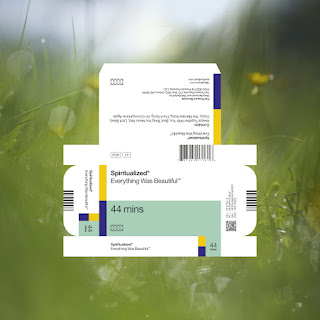 The original run of Spiritualized records felt like a logical progression of frontman Jason Pierce's (a.k.a. J. Spaceman) work with Spacemen 3--headphone-friendly modern-day psychedelia blended with electronica grooves, increasingly lush and dense. This culminated with 1997's Ladies & Gentlemen, We Are Floating In Space, a monumental sonic achievement that stands as one of the decade's greatest albums (and remains on my shortlist of go-to records when I'm looking for a late night zoning out on the sofa).

Since then, I've been less passionate about their music. 2001's Let It Come Down and 2003's boisterous Amazing Grace retained Ladies' room-filling ambience but didn't hook me the same way, and on subsequent records Pierce has pared back the gospel choirs and fuzzed-out guitars, relying on a stripped-down aesthetic that was more emotionally raw but less sonically interesting to me.

So the band's latest effort comes as a really nice surprise. Which makes sense, as Everything Was Beautiful is sort of a delayed sequel to Ladies & Gentlemen, right down to the medication-themed cover art. Opener "Always Together With You" deliberately updates Ladies' opening title track, with its spoken-word introduction, the strange repeating beeps, the vocal round, the gradual build from hushed ballad to monstrous attack... so, yeah, it's a ringer for those who share my passion for that earlier record, but it's undeniably awesome. And the follow-up, "Best Thing You Never Had," similarly looks back to early works, a huge hook providing the gripping magnetism that's been less present in their post-millennium records. "The Mainline Song" is another favorite, tremendously catchy and attention-grabbing. Meanwhile, "The A Song" brings a bit of the ol' post-punk frenetic energy, while album closer "I'm Coming Home Again" is more in the vein of Pierce's earthbound recent work, but still building towards monumental sonic release.

Despite the shout-outs to past glories, the album feels like much more than a rehash, with Pierce, while singing in the rawer, Dylanesque rasp of his recent recordings, making a strong case for the act's continuing vitality.