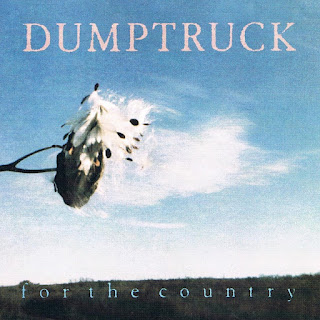 After releasing one of the finest (if more underappreciated) jangle-pop college radio albums of the 80s, 1986's Positively Dumptruck, the Boston band returned the following year with its excellent sequel. While retaining some if its predecessor's jangle, For The Country takes a few steps towards a nascent Americana sound, merging rural roots rock with the harder-edged post punk of the band's 1983 debut. It's the sort of sound bands like Uncle Tupelo would be mining soon enough, though still firmly entrenched in the 80s college radio ethos.

There's plenty of treble-happy guitar work here, most notably the effervescent album highlight "Carefree"  and the jaunty "Going Nowhere," while "Wire" and the the psychedelia-tinged "50 Miles" feel informed by Paisley Underground acts like the Dream Syndicate. But you can hear a more rustic vibe creeping into the mix on slower tunes like "Friends" and the title track. Some of the ballads are a bit too heavy on the dark and moody side, but as a whole the package has an earthy, grounded atmosphere that draws you in.

Dumptruck co-founder Kirk Swan left after this one, and the band's later output served more as a solo vehicle for frontman Seth Tiven, lacking some of the pop sensibility of their peak work. But this one sees the remnants of the original band out on a high note.

Here's an audio rip of "Carefree":