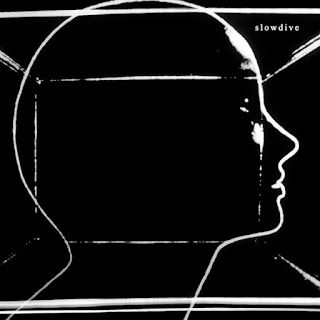 Slowdive were among the original batch of late 80s/early 90s UK shoegaze acts, though while their music offered some of the same fizzy, slightly-psychedelic noise-pop of acts like Ride and Lush, they leaned more in a quieter, almost goth dream-pop direction, shades of the Cocteau Twins and even early Cure. After a few solidly enjoyable records, they parted ways (though most of the band reconstituted themselves as the more Americana/dream-pop-oriented Mojave 3, adding another batch of great, mellow tunes to the catalog).

The original band reformed for 2017's self-titled reunion album, and it's a beautiful gem. Again, while you get the distorted atmospherics, it's far more partial to a gorgeous dream-pop ambience. The opening numbers are particularly stunning, perfect headphone fodder for a lazy day. The aptly-titled opener "Slomo" hews closer to ambient music than rock, conjuring a bit of latter-day Talk Talk's penchant for post-rock strangeness. The vocals are especially haunting. "Star Roving" is more in the shoegaze camp, a driving riff-rocker that shakes off some of the opener's spookiness. And "Don't Know Why" sort of splits the difference, poppy and perky but still bathed in layers of quiet ambience.

With the exception of the more buoyant "Everyone Knows," the balance tends towards the dreamy side of things, artsy and even a little creepy. (Again, those shades of Talk Talk and a bit of the ol' goth edge into the mix.)

Overall, it makes for a surprisingly enchanting rainy-day headphone mix.