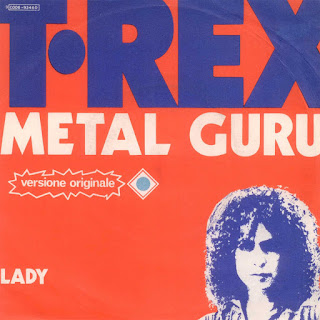 I was recently listening to a podcast commemorating the 30th anniversary of Pavement's Slanted & Enchanted, and it reminded me of just how much of a wake-up call the opening notes of "Summer Babe" were upon first listen... magically capturing both the gauzy vibe of the slacker '90s and the thrill of post-punk genre-bending rock & roll, fuzzed-out and slightly de-tuned guitars with a calamitous percussion breakdown.

It got me thinking about all the albums where the opening seconds alone carry so much emotional heft for me. Maybe it's the immortal keyboard loop of "Baba O'Riley," taking me back to the first time I heard Who's Next as a kid and realized that there was something far more exciting out there than the AM radio Top 40 hits I'd been listening to... or the hushed pool break shot sound effect and crisp snare drum count-in to "Radio Free Europe," as R.E.M.'s Murmur made me an instant convert to the 1980s college radio scene... right up through the rich, acoustic strumming of Neutral Milk Hotel's "King of Carrot Flowers, Pt. 1," launching the emotional thrill ride of In The Aeroplane Over The Sea.

But these are all deeply personal moments. What about the purely visceral opening notes, where a band manages to totally hook you within the first 10 seconds of a record? Those are rare indeed. I don't mean just a great opening track, or even the above examples where it was clear from the start that something exciting was about to happen. I mean a high-octane, out-of-the-gate lightning bolt of pure rock and roll catharsis. Yeah, volume helps (I ended up cutting Dylan's "Like A Rolling Stone" if only because that opening snare, so close to perfect, didn't quite land in the red; likewise Springsteen's blazing yet still constrained "Badlands")... And there were plenty of other near-misses (Television, U2, Violent Femmes, Yo La Tengo, X... may need a follow-up?)...

I ended up with these making the cut:

Ok, if I were being honest, I'd have added "Smells Like Teen Spirit" to the list, which, even aside from historical significance, is just an outrageously compelling introduction to Nevermind... but the consensus is that Cobain was aping the Pixies, and while "Debaser" is (modestly) more restrained, the rolling bass notes, gradually joined by guitars and drums, are a perfect scene-setter, opening the door for Frank Black's deranged ode to Luis Buñuel's surrealist cinema.

Not entirely dissimilar from Doolittle, the Fall's post-punk masterpiece leads with one of Mark E. Smith's most confrontational songs, "The Classical" kicking off with some spooky twin-drum-fueled rhythm before Smith casually mutters "'There is no culture' is my brag... your taste for bullshit reveals a lust..."

Frankly, I'm not a huge fan of the album, greatly preferring its predecessor, 1994's Live Through This. Still, the opening title track (co-written by Smashing Pumpkins' Billy Corgan) is one of the stand-out alt.rock tracks of the 90s, wasting no time in seizing your attention with a quick build of compression exploding into a killer riff and Courtney Love's invitation for a make-over.

Nearly every Hold Steady song is an anthem that could capably serve as the perfect album-opener, but "Constructive Summer" gets the job done right, raging two-chord guitars joined by the Springsteen-esque piano line, making way for one of the greatest opening lines of the millennium: "Me and my friends are like the drums on 'Lust for Life.' We pound it out on floor toms, our psalms are sing-along songs." Damn, right?

The band's most poignant opening track is probably "Race For The Prize" off 1999's The Soft Bulletin, a haunting, proggy synth line confirming the band's embrace of a more earnest, studio-enriched sound; but for pure noisy catharsis, it's hard to match this record's "Talkin' 'bout the Smiling Deathporn Immortality Blues (Everyone Wants To Live Forever)," an unwieldly title for a wickedly rocking song that blasts off with a building staccato bass & drum attack before the spooky baritone wop-wops join the feedback-enhanced fray.

Ah, the frenzied feedback and breakneck rush of "Precision Auto," jolting you awake before the riff kicks in and Mac McCaughan finally (finally!) jumps in to ask, "Have you got a minute?"

The Modern Lovers' debut (recorded in 1972 but stuck on the shelves for a few years) is one of history's greatest one-offs, a cleaned-up Velvet Underground tribute from Jonathan Richman before he left its glorious garage rock behind and pivoted into a career of gentle whimsy. Which is a shame, because the wondrous opening seconds of "Roadrunner"--Richman's nasally Bostonion 1-2-3-4-5-6 count-off into the perfectly streamlined two-chord vamp--suggest a rock & roll powerhouse built to last. But it was not to be.

Aside from maybe 1971's Electric Warrior, I've always enjoyed T. Rex more as a singles act than as a purveyor of truly compelling LPs. Still, its 1972 follow-up got off to a brilliant start with the opening notes of "Metal Guru," in my view the band's finest song. The whole band erupts at the same time, a barrage of brass and thunder, with Marc Bolan chiming in with a riveting "Wah-ah-ah-yeah!" Just perfect.

Not the band's best album (though I find it underrated), the band stuck midway between the groundbreaking punk of its debut and the definitive rock & roll statement of London Calling... but damn it starts hot. That monstrous, thunder-crack snare announcing "Safe European Home," blazing into a basic yet magnetic three-chord riff, before Strummer & Jones begin their call-and-response tale of an ill-fated Jamaican trip.