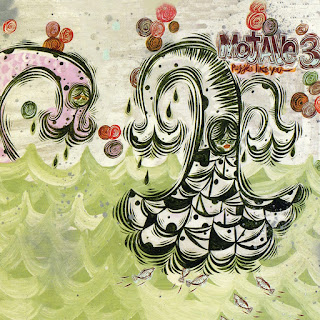 London's Mojave 3 released five albums of mellow, dreamy, Southern California-drenched light pop in the '90s and '00s. Incongruously enough, the founding trio were all former members of Slowdive, purveyors of gauzy shoegaze (albeit on the more dream-pop side of the noise spectrum). But for their new band, they stripped away the heavy atmospheric ambience and replaced it with some gentle Americana guitar jangle. Puzzles Like You, the band's final release, upped the pop quotient a bit, augmenting the "napping on the beach" wispiness with some smile-inducing, perfectly catchy tracks.

"Ghost Ship Waiting" is a pop standout, joyously melodic, as is the similar "Breaking The Ice"; opener "Truck Driving Man" even rocks out a bit, the Americana jangle calling to mind SoCal acts like Beachwood Sparks; "To Hold Your Tiny Toes" is practically garage rock, frenetic and dense and suggesting vibes from New Zealand indie bands like the Clean or the Bats; and the title track is another lovely little winner. These are balanced out by a few more lethargic ballads that recall their earlier releases.

It's a sweet gem, though the band's whole discography is worth checking out.