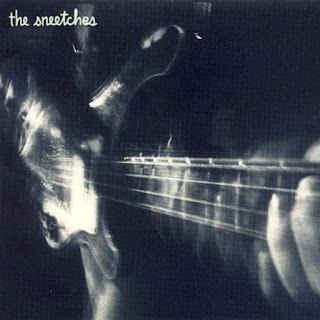 The Sneetches were a San Francisco-based indie pop band who released a half-dozen or so records in the '80s and '90s. Their sound, a little too gentle and jangly to slot comfortably into the power pop genre, is unabashedly nostalgic for pre-psychedelia British Invasion pop, plenty of chiming hooks that call to mind pre-Revolver Beatles and Zombies and Hollies. All their releases were top-notch, never receiving their due, and I particularly enjoy 1985-1991. Title aside, it's not exactly a retrospective collection, but rather a remixed version of some of their earliest recordings, augmented with various outtakes. And it's a pleasant, understated yet infectious treat.

"I Need Someone" is one of those rare tunes that earns its Beatlesque descriptor, sounding like a great lost radio hit from 1965. Ditto the joyful "In My Car." Meanwhile, songs like "54 Hours" demonstrate a keen talent for sweet balladry.

The album also includes a ringer in a terrific cover of the Raspberries' "I Wanna Be With You," the band pairing up with Chicago's Shoes (another indie band which shares their musical sensibility, though the Sneetches largely eschew Shoes' new wave flourishes).

Here's an "I Need Someone" audio rip: