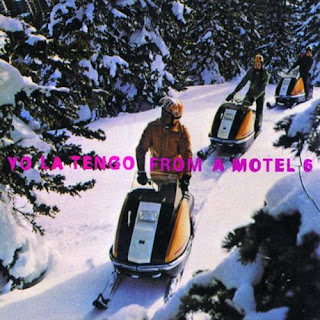 One of my favorite bands finally makes its first appearance on the Top 1000 (with only the fourth post-80s song so far, as 60s & 70s classic rock essentials continue to clutter the highest ranks).

Yo La Tengo's albums grew steadily more ambitious and accomplished after their initial mid-80s college radio days. 1992's May I Sing With Me was already pretty great. But it was their three-album run beginning with 1993's Painful that established them as indie rock legends. And that album's "From A Motel 6" is a perfect little encapsulation of what made Yo La Tengo so beloved. It's maybe a bit less poppy than some of their other singles, but still has a hook that catches your attention and holds on. The verses are gentle and hypnotic, a hushed duet between Ira Kaplan and partner Georgia Hubley; the lyrics are an intimate, vulnerable look at a relationship in distress. "Pull a woolen blanket across my eyes, dream a quiet place for us to fight. Oh no, your heart is broken. Don't you think that's a little trite?"

But mostly there's that distinctive guitar skronk, a brief loop of reverbed feedback kicking off each verse, with a raging blast in the bridge before settling back down to that hypnotic drone. While Kaplan can unleash unimaginable sonic fury on some of the band's longer workouts (like that album's extended instrumental "I Heard You Looking"), to say nothing of their live performances, here he manages to capture his noise pedal pyrotechnics and distill them down to the bare essentials, giving the track a riveting indie rock edge without losing the immediacy and melodicism of the tune.

Bonus points for a clever Dylan reference in the title and crafting yet another wickedly brilliant video.

Live on Conan:
File Under: 1990s All My Favorite Songs Indie Rock Yo La Tengo