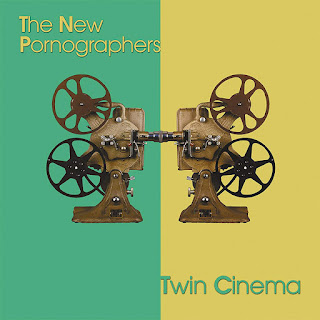 Finally, the first entry on the list from the 21st century (and--foreshadowing!--the last we'll see for another month or so). As noted a few days ago, I do think a gestation period is needed before you can drop a marker and proclaim a song to be among history's finest. But if a (relatively) recent track lands this high on the list, you know you're pretty comfortable saying your love for it is not just a fleeting fancy.

"The Bleeding Heart Show," off the New Pornographers' 2005 album Twin Cinema, is just such a song. It's a slow-building baroque pop suite, the wispy opening given little indication of the anthem that's to follow. And, sure, however perfectly fine the first 2:08 of the song may be, it's kinda hard to deny that you're waiting for that "ooh ooh" interlude and the triumphant "hey-la" to finally kick in. "We have arrived" indeed. It's almost supernaturally catchy, frontman and wickedly inventive tunesmith Carl Newman stepping away from the mic to give Neko Case her star turn.

Sure, commercial programmers stumbled across the tune, co-opting it for those dreadful University of Phoenix commercials and umpteen other on-screen needle drops; but the song's undeniable magic surpasses any ungainly pop culture connotations. (I found it harder to get back into the Beach Boys' "Good Vibrations" after the dreaded Sunkist orange soda era.)