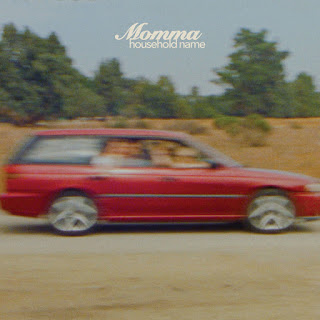 As the owner of more music than I know what to do with, and someone who tries to keep relatively abreast of new music, there are few things more exciting than coming across a fantastic record I somehow missed--and even better, one from a band I wasn't familiar with that already has a few great records under their belt.

Momma is actually the second great, female-fronted band I've belatedly come across in the past couple weeks. And, indeed, it was while watching some recent concert clips from that other band (Guerilla Toss) on YouTube last that I was referred to a video from L.A. band Momma. And, yeah, two attractive young singers may have gotten my initial attention (this band would be absolutely owning MTV if MTV were still a thing), but it was the music that hit me in the head like a hammer. I'm sure the band gets sick of hearing it, but damn they've got that 90s guitar-driven indie rock sound down cold. Shades of Veruca Salt, Bettie Serveert, Belly, the Breeders, Helium, and Juliana Hatfield, highlighted by a blend of discordant but mellow jangle with intermittent bursts of high-octane rock that calls to mind Pavement, Sonic Youth, and Built to Spill. (The band's love of Pavement is pretty clear, a shout-out to listening to "Gold Soundz" leeping out of the speakers on the excellent "Speeding 72.") And, ok, some grunge fans commenting on Momma's YouTube videos seem taken in by the influence of Smashing Pumpkins and Silversun Pickups, but I think the band mostly steers clear of the heavier aspects of grunge that put me off.

Of course, it might have been a mere exercise in 90s revivalism if the songs themselves weren't so fresh and captivating. The paired vocals are a big part of that, sweet and enchanting but just edgy enough; but they've also got a knack for catchy melodies amidst the offbeat, Malkmus-esque guitar acrobatics that few bands pull of this successfully.

And it's one thing to find that their latest release, from earlier this year, falls right into my sweet spot. But I've started checking out their two prior albums, and they sound on first spin no less solid. I'm heading down the rabbit-hole; check back on me in a few days to see if I'm ok.

You can buy the album (and the rest of their catalog) on Bandcamp.

Here's the video for "Lucky," a clear standout: