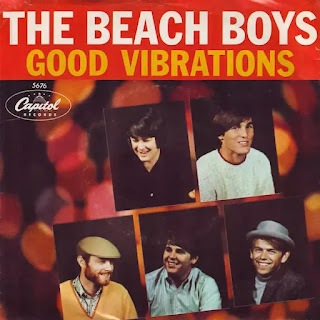 But, c'mon, that production. A multi-part suite that feels pasted together from a half dozen stray Brian Wilson ideas, but still make for a compelling whole; that distinctive, unexpected bassline in the verses composed by Wilson (legendary Wrecking Crew studio bassist Carole Kaye was heavily involved, though scholars say she didn't actually play on the bits that were ultimately used on the final recording); another restrained, stunning performance by Wrecking Crew drummer Hal Blaine (marking his second contribution this week); and that Carl Wilson gentle croon in the verses ("I love the colorful clothes she wears, and the way the sunlight plays upon her hair"). Mike Love's lyrics arguably make it something of a throwback to the band's early surf-pop days, but some of those weird breaks establish the more psychedelic vibe of the aborted Smile project for which it was intended.

You could spend months just reading up on the song's complicated recording history. Ultimately, for all its half-century-plus of radio saturation, and the baggage of being such an obvious chestnut, it's still a master class in how rock music could be an art form, a novel idea at the time but, like the contemporaneous work of their rivals the Beatles, laying the groundwork for everything that followed.