All My Favorite Songs #4: Ripple 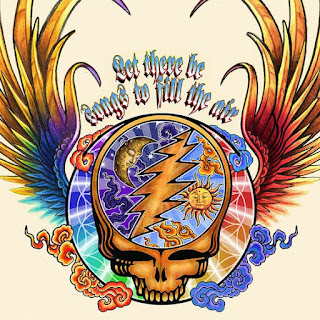 Like yesterday's "Ballad of El Goodo," the Grateful Dead's most sublime recording, "Ripple," is a deeply spiritual song for people (i.e. me) who don't consider themselves traditionally religious people.  Lyricist Robert Hunter is at his most poetic, evocative metaphors that leave plenty of room for personal interpretation. "Ripple in still water, when there is no pebble tossed, nor wind to blow..." Is that God? Or just some other, smaller mystery?

Like much of 1970's American Beauty, "Ripple" is largely acoustic, an earnest folk number verging on bluegrass; Jerry Garcia's voice, still untouched by later ravages, is magical, both alone and when joined by some subtle harmonizing; and the recording is abetted by some gorgeous mandolin provided by guest musician and frequent Garcia collaborator David Grisman. It's a beautiful little number, sweet yet epic, one which, in contrast to much of their repertoire, is perfectly realized on record without relying on the band's live chops. By the time you reach the closing hilltop ba-da-da sing-along, even the most steadfast Dead non-disciple can't help but be drawn in.

Though never a live staple like other Dead classics, the band would occasionally treat audiences to a rare performance, most notably during a series of 1980 acoustic shows:There are a few nice cover versions, but this fundraiser from musicians around the globe is particularly emotional:
File Under: 1970s All My Favorite Songs Classic Rock Folk Grateful Dead Jam Band