All My Favorite Songs #18: White Man In Hammersmith Palais 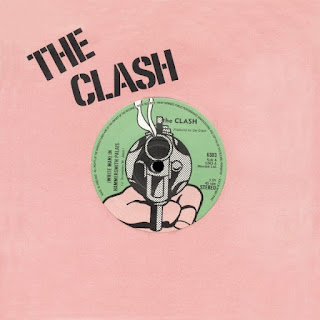 In a nifty bit of serendipity, the Clash's second appearance on this list falls on the late Joe Strummer's birthday. This 1978 single is a compelling ear-candy mash-up of rock & reggae, and, like their prior entry, hits on the band's frequent themes of selling out and cashing in. Documenting a disappointing reggae concert attended by Strummer (before moving on to broader themes), the band bemoans how "the new groups are not concerned with what there is to be learned," instead "turning rebellion into money." And as Strummer repurposes his disillusionment over an anticlimactic musical event into a broadside against conservatism, you've again got that truly indelible Clash lyrical twist: "All over people changing their votes, along with their overcoats. If Adolf Hitler flew in today, they'd send a limousine anyway."

But of course what makes the song (and the Clash) so damn incredible is how they can take such arch bitterness and still get you pumping your fist in the air with a killer hook and the use of musical dynamics to build from a restrained reggae groove into a powerhouse anthem. Nice little showcase for bassist Paul Simonon as well.

And a live take:
File Under: 1970s All My Favorite Songs Clash Punk