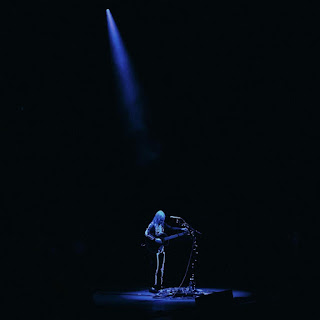 Before I sit down and start compiling my Best of 2022 playlist, a Thanksgiving tradition, I decided to spend a little time revisiting last year's list. And I was delighted to re-engage with Phoebe Bridgers' breathtaking cover of "That Funny Feeling" from Bo Burnham's incredible one-man televised production Inside. I assume it will find its rightful place on my Top 1000 before I'm done, but I decided to skip ahead, as Bridgers' hushed vocals have been echoing in my head for about 72 straight hours, including as I slept. But I'm also jumping ahead because the song raises some interesting (to music nerds, at least) questions.

I've noted before struggling with how long to wait before deciding a new-ish song can be added to an all-time-favorites list, standing up alongside songs which have garnered a lot more playtime on my stereo and confirmed they stand the test of time. But "That Funny Feeling" isn't just new-ish; it's by design a song thoroughly of its moment, with a built-in obsolescence that will render many of its lyrics indecipherable years from now (if it hasn't already). Assuming I continue to show up here to pick one song per day until I make it to 1000, it could be a year or two before I land on "That Funny Feeling," by which time many of its unusually specific cultural references will likely be forgotten. Does that mean a song intended to be timely cannot be timeless?

I suppose there are examples of music designed to capture a moment in time that manage to endure. Neil Young wrote "Ohio" in the days after the Kent State massacre, with CSNY recording it before the blood had dried, yet it remains a devastating listen today. I still enjoy Lou Reed's New York, even if the circa-late-80s cultural and political name-dropping feels pretty dated. But "That Funny Feeling" seems to go to extremes in its specificity.

Burnham's Inside was quite remarkable, an essential document of Our Covid Year which captured the societal lockdown that already feels like a distant memory, while weaving in songs and monologues both funny and bleak honing in on mental illness and the current cultural zeitgeist. His original "That Funny Feeling" is particularly earnest, dropping the keyboard and the silliness for a straight acoustic-guitar-backed folk song. A cousin to, of all things, Billy Joel's wretched "We Didn't Start The Fire," it's a stream-of-consciousness listing of people, artifacts, and societal touchstones that strays beyond the Covid moment, hitting on everything from climate change to mass shootings, with a sense of apocalyptic dread and existential wonder and end-times resignation. The names dropped will soon dissipate (if they even registered at the time; many rely on a very-online sensibility that was already a little lost on my generation); the broader early 2020s cultural signifiers, less so.

With neither internet obsession nor climate devastation going anywhere soon, lines like "Easy answers, civil war; the whole world at your fingertips, the ocean at your door" aren't about to lose their punch. And as for "Carpool Karaoke, Steve Aoki, Logan Paul; A gift shop at the gun range, a mass shooting at the mall"? We may forget the names, but that second line? Fuck, we're stuck with that one as long as America exists.

And the Covid-era nods to mental health? "Full agoraphobic, losing focus, cover blown. A book on getting better, hand delivered by a drone"? Yeah, I think that one's hanging around long past quarantine.

Ultimately, if Burnham and Bridgers are right, I probably don't want this one dropping too far down the list, because who knows if we'll still be around when I hit the lower reaches of my Top 1000. "Hey, what can you say? We were overdue. But it'll be over soon, you wait."

As for the music: Well, Burnham's Inside original is pretty perfect; but Bridgers elevates it to a whole new level, her gorgeous, fragile vocals working wonders, the band joining in for an ironically boisterous closing section that makes the song the epic it deserves to be.

The Inside original:Bridgers' studio version, with lyrics:
File Under: 2020s All My Favorite Songs Bo Burnham Folk Phoebe Bridgers Soundtracks