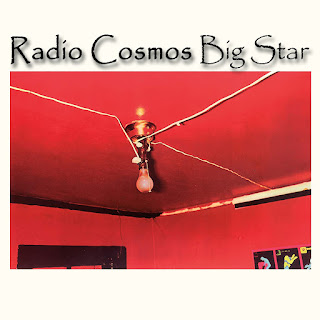 Just a fun little DIY project I put together, mashing up a couple albums I've written about previously, Big Star's Radio City and Chris Bell's posthumous solo LP I Am The Cosmos.

After helping create what I personally consider to be one of the 3 or 4 greatest albums ever recorded in Big Star's #1 Record, only to see it fail to receive the recognition it plainly deserved (while also struggling with myriad personal issues), co-founder Chris Bell walked out, leaving Alex Chilton to helm the follow-up. 1974's Radio City managed to be nearly as perfect as the debut, but it lacked the Bell-Chilton interplay that made #1 Record so magical.

This project imagines what could have been had he stayed in the band, leaving Radio City largely intact (dropping only "Morpha Too," the album's one weak spot), while adding in a few Bell tracks (including his post-Big Star duet with Chilton, "You And Your Sister"). While I could have constructed a more accurate representation of what might have been, using the demos Bell recorded with the rest of the band before bailing out -- several of which finally surfaced on the Keep an Eye on The Sky box set -- I opted to stick with completed, polished material. (Given that one of the many key features of the debut, and to an only marginally lesser extent on Radio City, was the beautiful, crystalline production, using rough demos just didn't sound right.) 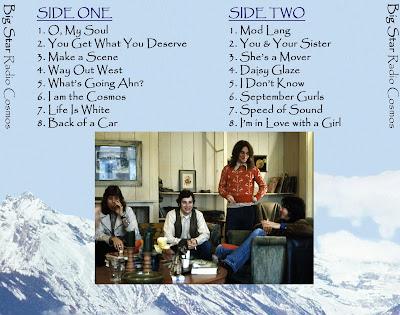 Does it work? Well, sort of. I find that "Make a Scene" and "I Don't Know" resemble Bell's harder rocking songs on #1 Record and don't sound too out of place here (though I ended up omitting "I Got Kinda Lost," even though that's the one he actually demoed with Big Star); and as noted, "Sister" actually features Bell & Chilton together. "I Am The Cosmos" and "Speed of Light" were tougher calls, much more in line with Bell's spiritual side displayed on the Cosmos LP than the Chilton-penned tunes; but "Cosmos" isn't too far afield sonically (and given that the Chilton/Posies Big Star revival included it in the setlist, it's become a de facto Big Star song), while "Speed" is just too damn beautiful not to include here (and the multi-tracked vocals are reminiscent of "Try Again" off #1).

Check out the playlist below, see what you think.