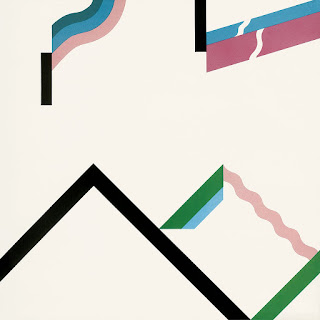 Wire closed out one of the most astounding hat tricks of the original punk era with 1979's 154, expanding on the creative sonic experimentation of 1978's Chairs Missing without losing the cathartic energy that made 1977's Pink Flag an essential punk rock landmark. Haunting industrial landscapes, electronic intrusions, and shimmering pop commingled in ways that could be both inviting and spooky, an album that could be taken in as both a high-volume rave-up and a chemically-enhanced headphone chill-out.

The most immediate thrills come from lead singer Colin Newman's musical contributions, which infuse infectious pop hooks into the album's at times darker aesthetics. The centerpiece is of course "Map Ref. 41°N 93°W," second only to Chairs' "Outdoor Miner" in establishing Wire's AM radio pop chops, intriguing verses followed by a chorus so catchy they shout out "Chorus!" to make sure the listener is prepared. But the mid-tempo churn of "The 15th," the boisterous energy of "Two People in a Room," and the rousing twin-guitar attack of "On Returning" are nearly as winning. Bassist Graham Lewis and guitarist Bruce Gilbert make this a true group effort, contributing more haunting tunes like opener "I Should Have Known Better" (not the Beatles song), "Single K.O.," and the relatively poppy "Blessed State." Closer "40 Versions" sees the album out on another dark and creepy note, far afield from Pink Flag's buoyant fury, a haunting bookend to the band's original run (setting aside a few stray singles and Newman's solo debut, which can be viewed as a sort of fourth and final album from the original band).