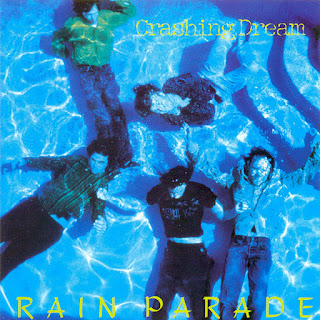 None of which is to say Crashing Dream isn't still a terrific album, certainly deserving a little more attention than it generally receives (it's absent from streaming media, and the out-of-print CD reissues have been of questionable origin). It's less deliberately psychedelic than Emergency, a bit more straight indie jangle-pop, but still has plenty of highlights. Killer track "Don't Feel Bad" is the closest thing to their earlier work, a lysergic guitar riff with a bassline straight out of Revolver-era Beatles, a picture-perfect psyche-pop delight.

Other stand-outs include opening ballad "Depending on You," a quiet, melodic piece with a rousing vocal turn from Roback; the chiming "Mystic Green," which finds them more in Byrdsy territory, with a bit of Paisley Underground peers the Long Ryders; and the similarly shimmering "Fertile Crescent," owing far more to R.E.M. than to the garage band 60s. Elsewhere, "Shoot Down The Railroad Man" mines a darker vibe, more in line with fellow Paisley Underground stalwarts the Dream Syndicate.

It's a pretty solid package overall, though it would have been stronger had they held back a few tracks from the superb post-Emergency EP Explosions in the Glass Palace (which ended up as a bonus on CD versions of Emergency).

Alas, the album itself is pretty hard to track down these days, but it's worth checking out online. Here's a rip of the entire album from YouTube: