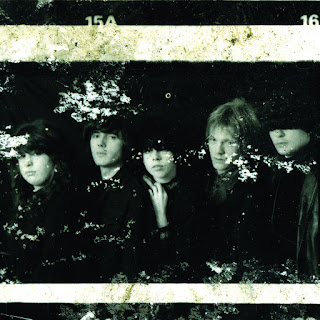 Despite a band name presumably borrowed from a legendary British folk album, this short-lived UK indie band (an early part of the British DIY C86 scene) shares little with its namesake. Instead, their two 1987 EPs, reissued last year as a single CD, offer jangly guitar pop comparable to a lot of mid-80s college radio fare, but interwoven with darker, psychedelic-tinged garage band rock.

The music was produced by Dan Treacy of Television Personalities (who also wrote a few songs for them). Singer Emily Brown at times calls to mind the Pretenders' Chrissie Hynde, particularly on the rockers, alternating between ragged post-punk energy and a more ponderous croon. For a band with so few tunes, there's some surprising variety. "Out Of My Head" is a frenetic, disorienting yet haunting psychedelic rocker; "Love Is Blue" is quieter latter-day psyche rock comparable to Paisley Underground bands like Rain Parade and Dream Syndicate; "Pushing Me Too Far" sounds more like a rescued '68 garage rock single from a Nuggets compilation; "Don't Ask My Name" is a straight-forward Pretenders-like alt.rocker; "They Fell For Words Like Love" is a delightfully melodic bit of jangle.

It's all pretty lo-fi and scrappy, totally pretense-free; a really fine unearthed gem. The Smashed Full of Wonder CD pairs the original self-titled and Trash Mantra EPs, adding a couple later unreleased recordings. You can buy it on Bandcamp.

"They Fell For Words" audio rip: