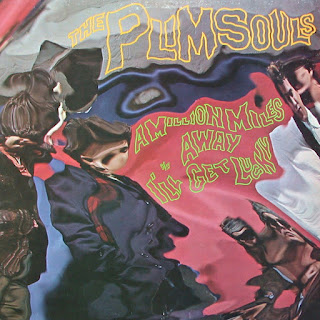 Seems crazy, but this is the third song on the list from the Valley Girl soundtrack; guess that movie played a big role in my high school (musical) life.

Originally found on the Plimsouls' excellent 1983 album Everywhere At Once, "A Million Miles Away" is hard to pigeonhole--a little too musically interesting for power pop, a little too driving and energetic for new wave. Maybe it's just a good old-fashioned rock & roll song, with guitars that draw on Byrdsy jangle with punk-era energy, and a bubblegum pop hook that you still sing in the shower 40 years after first listen. The lyrics, maybe a bit hard to completely divorce from the movie where I first heard it, are engaging and cinematic on their own merits, a break-up song without any of the obvious break-up song baggage. It's one of those magical tunes that feels like a self-contained universe, that makes you wish every song sounded exactly like it.

And the film scene: