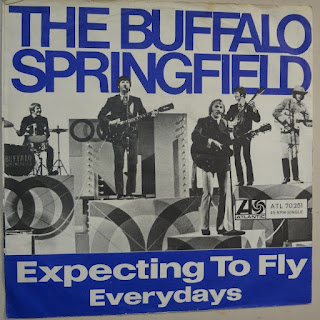 One of Neil Young's first forays into the frontman spotlight. When I first checked out Buffalo Springfield during my middle school explorations of classic rock history, I was more quickly drawn to "Mr. Soul" and "Broken Arrow," but this track has always had a particularly strong hold on me. It's essentially a teaser for Neil Young's solo debut (the song features just Neil and producer Jack Nitzsche, a Buffalo Springfield track in name only), and the beauty of the song confirms why Neil was just too big to be part of a traditional rock band.

I have mixed feelings about Young's collaborations with Nitzsche; sometimes the orchestration works, but sometimes it's a little too over the top for my taste (i.e. "A Man Needs A Maid"). This one gets it just right, a haunting Young composition given emotional gravitas by the production. It's one of those tracks that invariably leaves me feeling sad and a little shaken, but without relying on obvious lyrical sentimentality.