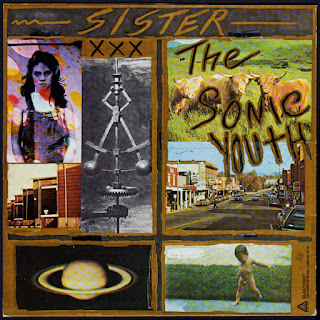 Sonic Youth were one of those bands revered by the college radio crowd that I struggled to get behind. Their first albums were just a little too discordant and noisy for me.

But when Sister dropped in the summer of '87, that all changed. I got back to school late that summer, my senior year, and the record was waiting at the station. My friends Chris and Mike (DJ Mick Sludge) and I brought it back to the dorm and cranked it up. This time the songs, while still laden with strange guitar experimentation, had actual hooks. The one that totally kicked the band over the edge was "(I Got A) Catholic Block," a (relatively) pithy punk song. Even with the band's telltale weird tunings that made it impossible to replicate the song on my beat-up electric guitar, there was a drop-dead riff, pure rock & roll catharsis.

But it didn't keep us from blasting it on our dorm room speakers, to the dismay of everyone else around.