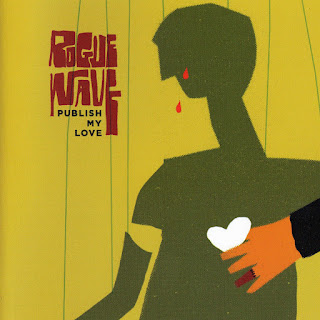 One of the all-time great television needle-drops.

Is it weird to form such a strong emotional bond to a piece of music because of its appearance in a tv show? Or a movie? Or, what the hell, a commercial? I don't think so. Our love of music is often based on its association with a particular event or time in our lives, whether it's hearing the song at the high school dance or that time we got really high and dragged that old cassette boombox to the beach on Lake Michigan. Why should pop culture touchstones be any less significant?

Anyway, I still remember watching the first episode of Heroes back around 2006--great pilot episode, and a pretty solid season of tv (though I dropped it after that). And at the end of the hour, this song starts playing, and it just floored me. Definitely one of those moments where you're immediately reaching for Google (this was pre-Shazam) and trying to figure out what song is playing so you can run out and buy it that instant.

And in this case it just happened to be "Eyes" from Oklahoma-based indie pop group Rogue Wave. Weirdly enough, the band didn't include the song on their most recent album (2005's excellent Descended Like Vultures), saving it for a b-side. Which is pretty insane, because the song is truly unforgettable. A couple gentle, intertwined acoustic guitars (a brief lick that reminds me a bit of Led Zeppelin's "Going To California"); a light-as-air yet affecting vocal; and some wonderfully evocative lyrics. "Missed the last train home. Birds pass by to tell me that I'm not alone." "Have you seen this film? It reminds me of walking through the avenues." And then that simple repeated line, "In your eyes," with a bit of a dual-vocal call-and-response.

I ended up finding the song on the soundtrack for what looks like a truly god-awful Ryan Reynolds romantic comedy called Just Friends (though, to be fair, I've never seen it). I immediately bought the album, which includes a few other smart choices (most notably Fountains of Wayne's fantastic, whimsical "Hackensack"), though I've mainly just used the CD as a source for "Eyes," which I commenced including on every mixtape I made.

And while the deployment of the song to close out the Heroes pilot was brilliant, the song has lost none of its emotional poignance for me, long after I've pretty much forgotten the show itself.