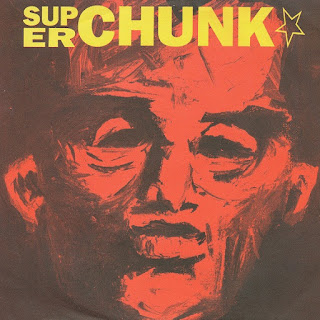 A relentlessly fun and definitely NSFW punk anthem that essentially introduced long-running post-punk stalwarts Superchunk to the world. A Gen-X "Take This Job And Shove It," it's a bit of catharsis aimed at the co-worker from hell. "I'm working, but I'm not working for you, slack motherf*cker!"

I first hear this around 1991 (it had come out a year earlier), just as I was starting my first real job, and it was kinda cool having a workplace rebellion nugget (even if the song didn't necessarily translate cleanly to my distinctly white collar law firm experience). More significantly, having been a tad too young to have contemporaneously discovered the initial round of mid/late-'70s punk rock, I got an emotional charge of experiencing a new iteration of punk ethos just as I was finishing school and beginning adult life--like I could be a grown up and still have something to pogo to in the imaginary mosh-pit in my head.

Live and still rocking in 2011:I saw Firehose play it live in the early '90s and that was pretty awesome as well:
File Under: 1990s All My Favorite Songs College Radio Indie Rock Punk Superchunk