Ushering Out 2021: Some High Points 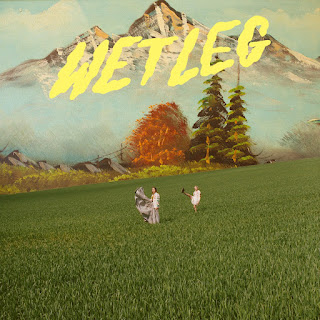 Sure, you can't look back at a year with hundreds of thousands of pandemic deaths (in part due to politically-motivated anti-vaxx insanity), and the worsening threat of the death of democracy, with anything short of grim sadness. But don't forget, a year ago we were in the midst of (let's be honest about what it was) an attempted coup, and still waking up every morning dreading what The Former Guy might be spewing out into the universe, so... progress!

Far and away the most agonizingly addictive song of 2021, I must have watched the video for Wet Leg's debut single two or three dozen times. And, fine, it's a cutesy novelty track of sorts, but so far seems to have a lot more staying power than your standard-issue "Tubthumping." (You can pre-order their debut LP on Bandcamp.)

Though they never actually broke up, the Connells have been relatively dormant for the past couple decades. And as one of my favorite bands from my college years, their 2021 return was particularly welcome. Steadman's Wake is a fine record, the band's chiming jangle losing none of its charm during their time away. Plenty of solid tracks, but "Burial Art" may get my vote as the most moving song of 2021. It's a rare vocal turn for guitarist Mike Connell, who has written the vast majority of the band's tracks over the years but rarely steps to the mic, and he lends a gentle vulnerability that's just gut-wrenching. (You can buy the album at Bandcamp.)

Here it is live: 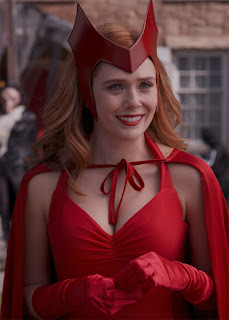 I'm not much of a Marvel Movie guy. I'm no fan of noisy comic book movies; plus, having grown up strictly a DC Comics reader, I don't have a lot of affinity for Marvel's characters. But having ponied up for a month of Disney+ to watch the Beatles' amazing Get Back, I decided to check out the much-hyped WandaVision series (even though this meant having to skim through some Marvel movies to catch up on the back-story). And the show is pretty great, though I preferred the faux-sitcom fantasy world portion of the show to the more intrusive Marvel action-movie exterior. But the real revelation is Olsen in the lead role, totally captivating in a multi-faceted performance that balances charming reworkings of decades of tv sitcom tropes with the agonizing grief underlying the whole affair. I've watched it twice, and I'm reluctant to cancel my Disney subscription of it means I can't continue to re-watch."Love Goo"

Discover Effortless Living, the debut album from York-based Bull, is a nice slice of low-key indie rock that channels Pavement and the New Zealand Flying Nun scene. I'm mostly a sucker for the whimsical "Love Goo," a quietly insinuating track that keeps getting stuck in my head. 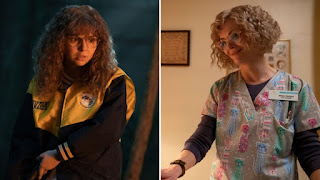 I can't believe more people aren't watching Yellowjackets, the updating of Lost and Lord of the Flies that strands a high school girls' soccer team in the wild and shows their harrowing time in the wilderness (cannibalism, yay!) and the no less harrowing adulthood of the survivors. When I was watching the equally great Succession this year, my Twitter feed would be 100% Succession after each episode, but nary a peep after each Yellowjackets episode lands (which still has a few episodes left). You should be watching this! The best part is the truly deranged Misty, played by Sammi Hanratty and Christina Ricci in her teen/adult iterations. Definitely the character of the year.

After an 18-month Covid delay, I returned to live music with a half-dozen rescheduled shows in late summer and fall. My first show back was Phish at Shoreline, and it was sheer joy -- not just the performance itself (rendered bittersweet by the lingering fear of Covid, even at a vax-mandatory outdoor venue, as well as the last-minute switch to Shoreline from Tahoe due to massive fires), but the feeling of finally being back. Even if short-lived, sadly. Saw them again a few weeks later in San Francisco, and they were no less fantastic, a band that continues to peak as a live phenomenon. Here they are from that Shoreline show, with an epic, had-to-be-there nearly-hour-long jam. Damn.

I've already talked about this, but even after a few additional viewings, yep, definitely one of the most monumental artistic achievements of 2021. Also great: Phoebe Bridgers' gorgeous cover of one of the film's stand-out tunes.

Finally, I've posted it previously, but here's the current iteration of my 2021 playlist in case you missed it: