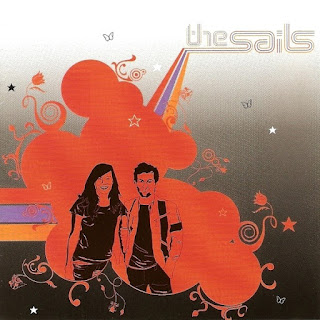 The Sails are a UK power pop/retro pop band (well, mostly just a guy named Michael Gagliano). And if you like '60s-styled power pop, trust me, their 2006 debut is gonna be one of your new favorite albums.

The record ranges from straight British Invasion rock to slightly more bubblegum affairs to occasional flashes of psychedelia, all given a fresh 2000s sheen. It gallops out of the gate with the jangly guitars and sweet harmonies of "See Myself" (somewhere between the Hollies and Zombies with a dose of Teenage Fanclub) and the freakbeat groove of standout track "The Slow Down." Elsewhere, it's fun to play spot-the-influence: the insanely infectious "Chocolate" (in what messed-up universe is this not everybody's favorite song???) reminds me of Tommy Roe's "Dizzy"; the rollicking "Wonderland" sounds like a great lost Small Faces track (particularly in the Steve Marriott-like vocals); the wicked hook of "The Losers" replicates Manfred Mann's "Pretty Flamingo"). You also get some slightly trippier, psyche tinges (the Beatlesque "Fireball Alley") and psyche-light sunshine pop ("She Is All That Matters," conjuring Sagittarius).

But for all the retro touchstones, it never feels derivative, more a loving updating of familiar sounds a la the Dukes of Stratosphear.

Sadly, it's out of print and doesn't stream, though a number of tunes can be found (alongside later work) on the greatest hits collection on Spotify. You can check out the album on the band's ReverbNation page (alas, they're not on Bandcamp, which is a letdown for those of us who still prefer to buy CD's or high-quality FLAC files.)

Here's the best-of collection on Spotify: