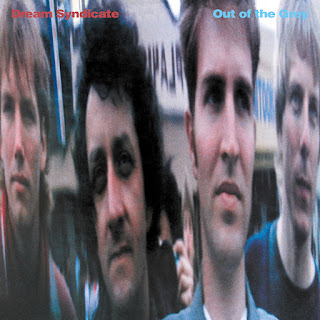 Like its predecessor, the excellent Medicine Show, Dream Syndicate's third album from their original '80s run retains the band's slightly-psychedelic post-punk edge while filtering it through a sturdy classic rock veneer. The result is another alternatingly dark and jangly record that feels laden with gravitas, college radio music well-informed by history. (The band's definitive covers of both Clapton's "Let It Rain" and Young's "Cinnamon Girl," appended to the CD edition, give some insight to the band's frame of reference, though as performed by a band that grew up more on the Velvet Underground and Television than '70s classic rock radio.)

Single "Slide Away" is a fantastic tune, a perfect encapsulation of the mid-80s college radio jangle-pop sound; and the title track that kicks off the LP and the captivating "Forest For The Trees" are comparable. Meanwhile, "50 in a 25 Zone" captures the band's bluesier edge, while "Dying Embers" makes for a haunting ballad; and the catchy "Boston" keeps the sound enmeshed in almost-radio-friendly new wave territory. The album was just re-released in a new 3-CD deluxe edition entitled What Can I Say?, and it's a nifty package. The album (and the CD bonus tracks) get a new sheen of remastering; and you get a 1985 concert that's great for fans. The third CD is less essential, demos & studio rehearsals of appeal to diehards, though it's nice getting a few tracks that didn't make the album, and some of the messing around in the studio is amusing (most notably a take on Pink Floyd's "Brain Damage" that gives it the full Dream Syndicate treatment). It's available from Fire Records.

Here's a "Slide Away" audio rip:

...and the video for the title track: