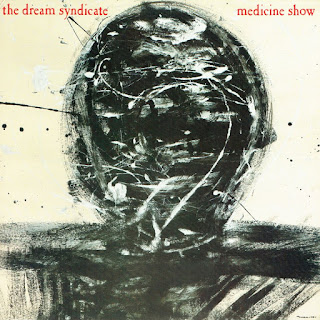 One of my myriad time-wasting activities during the pandemic shut-down has been updating my library of home-made CD mixes. I like to reduce a lot of my favorite artists down to a one- or two-CD highlights compilation (sometimes 3 or 4 discs for the longer-running acts), which is what I'll keep with me in the car or on my iPod. And while I listen to music digitally these days, I still like to make these as CDs, even though as soon as the CD is complete I'll rip it to my hard drive. I find the exercise instills discipline, forcing me to distill everything down to 80 minutes (or some multiple thereof), in contrast to a limitless digital playlist; I also like being to edit the music (i.e. fading longer songs early to accommodate more music).

So, yes, this makes me a gigantic nerd. 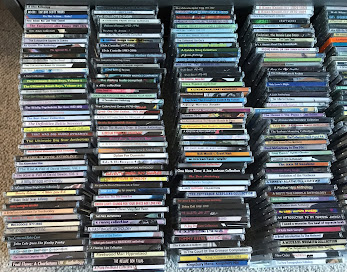 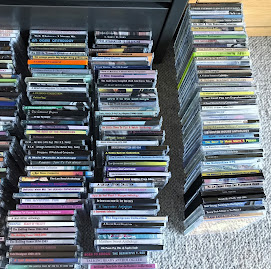 Most recently, I decided to update an old Dream Syndicate mix. I'd made one a few years back, before their recent reunion (since which they've released a few albums I consider to be not only worthy of their original run, but arguably even better); my new version adds a few songs from their post-reunion releases).

Digging back into the band reminds me how much I love their second album, Medicine Show. I think most fans gravitate towards their 1982 debut, The Days of Wine & Roses, and while that's a fantastic album (with a couple of their most noteworthy songs), I also find it to be a more challenging listen, their cross-pollination of early Velvets and Television-like punk rock with a psychedelic edge coming across as a bit abrasive.

In contrast, the sequel slows things down just a bit, allowing the band to stretch out into darker, moodier territory. The album's first half sports some catchier (though still edgy) numbers highlighting Steve Wynn's way with a hook, tunes like "Still Holding On To You," "Armed With An Empty Gun," and "Daddy's Girl" worthy successors to early break-outs like the debut's "That's What You Always Say." But the latter half of the record has some longer tunes where the band gets into some truly intense grooves. The title track is a swampy, cinematic opus; "John Coltrane Stereo Blues" picks up where Television's "Marque Moon" left off, a wondrous post-punk jam-band workout; and "Merrittville" is Springsteen-esque in its epic sweep.

The album doesn't appear to stream, though you can find the whole thing ripped to YouTube. Spotify does have the Live at Raj's album, which includes live versions of many of the album's best songs, arguably better than the studio versions.

Here's an audio rip of the title track:

Here's a playlist based on my mix (hindered by the absence of Medicine Show as well as the terrific outtakes collection 3 & 1/2: Lost Tapes from Spotify):