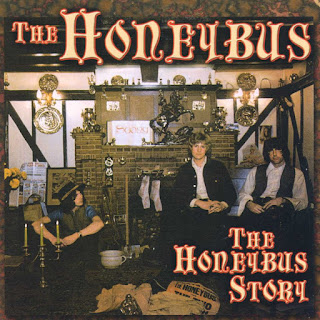 Honeybus were a short-lived and criminally-overlooked second-generation British Invasion band. Issuing a series of late-60s singles, culminating in 1970's full-length Story (by which time they'd already dissolved), Honeybus had the pop touchstones of the Beatles and the Hollies, while balancing the more sunshiny, twee aspects of the early Bee Gees with some mild touches of post-Sgt. Pepper psychedelia. So, if you like any of that music, you're almost certain to like Honeybus.

Their songs were unusually tuneful, some lovely little hooks paired with sweet harmonies, and it's almost shocking to hear these songs today and realize the band had pretty much zero commercial success (at least here in the US). Title track "Story" is simply wonderful, weaving the sort of pop magic that bands like Badfinger would soon be reprising. Songs like "Ceilings No. 1" are similarly hypnotic pop tunes, while "Under The Silent Tree" is the closest they'd veer into psychedelia, a rousing, crunchy guitar riff that calls to mind what bands like The Action were also doing. Other tunes have a bit more of a folkie twang, a bit of Dylan and the Byrds shining through in "Black Morning Band" and "Scarlet Lady."

It's definitely one of the long lost classics of the late 60s, a solid collection without a bum note. Recent CD reissues (and streaming versions) pair the album with the band's singles, ranging from the innocent pop of "I Can't Let Maggie Go" to the more Cream/Small Faces-like rock of "The Breaking Up Scene." (The band briefly reunited to record the follow-up Recital, though the album, planned for a 1972 release, ended up sitting in the vaults for decades; it's much more folk-oriented, singer-songwriter balladry, lacking some of the earlier music's pop glory yet still quite lovely.)

Here's an anthology which includes all of Story with loads of other music: