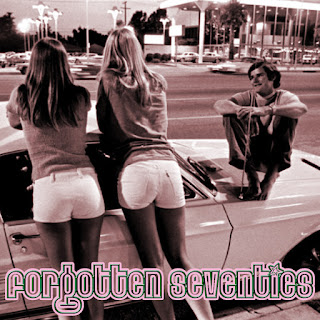 As I've mentioned previously, I have an inexplicable fascination with long-forgotten records from the early '70s, the no-hit wonders who managed an album or two of usually justly-overlooked music. Mostly American (but occasionally British) bands typically deeply indebted to or derivative of American Beauty-era Grateful Dead, the Jefferson Airplane, CSN, Neil Young, maybe Traffic or the Band or CCR. Shades of folk and country and blues and straight-out rock, way too obscure to be slotted into the classic rock genre but existing just adjacent to it. Needless to say, most of these records failed to gain traction for good reason--they're often bland or flat-out mediocre, delving into yacht rock without the studio chops or lacking enough creativity to elevate them beyond something you'd hear at the local bar. And if they weren't great to start with, they've aged even more poorly, inducing cringe with their repeated reliance on motifs like Native American cultural misappropriation, sappy odes to Mother Earth, and of course sexually liberated (yet still subservient) women.

Yet, still, somehow, I find a little magic in them, vibes from a lost world. A lot of thoroughly forgettable records manage a track or two that holds up, generally distinguished by pretty harmonies or crafty guitar licks, or infused with an unexpected strain of power pop or prog or early Americana or pub rock. And every now and then you'll even stumble across an album that's nearly great, undeserving of its obscurity--say, the work of Mountain Bus or Morning or Timbercreek or Relatively Clean Rivers, to pick a few.

I threw together a Spotify playlist gathering a sampling from the obscure '70s corner of my collection. Not surprisingly, the availability of these recordings on streaming media is pretty spotty (a couple of those highlights noted above aren't available), but there's still plenty to play with.

Kick back, pop open a can of Schlitz, and stare at the beer-sign-adorned panel walls of your carpeted den, and let the magic wash over you.