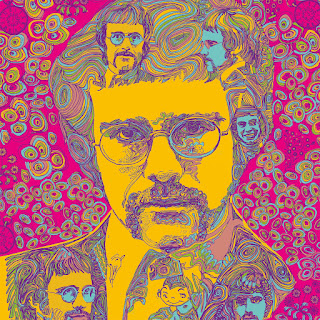 Like his occasional performing partner Billy Joel, Elton John underwent a few ill-fated recording attempts before latching onto the style that would launch his long-lasting commercial success. In 1968, shortly after teaming up with lyricist Bernie Taupin, John recorded songs for his debut album... which were promptly shelved by the record company. Astoundingly, given what a cash cow John has been over the intervening decades, the aborted debut hasn't seen an official (ish) release until this year. Last year, most of the album finally made its way onto a massive career retrospective box set, but half the songs were only in demo form; but this month, for record store day, there has been a vinyl release of the entire album in final form. (I assume at some point this will get a proper CD/streaming media release for those who aren't vinyl fanatics.)

As a lukewarm Elton fan (who, as previously described, spurned his work for decades, only developing a taste for his early 70s work in recent years), I can say that the record is... surprisingly ok!

As the cover and title plainly indicate, Regimental was a mildly-psychedelic of-its-era recording firmly indebted to Sgt. Pepper and its ilk. Though while the Beatles fandom is clear, it's more fairly heard as a pretty blatant rip-off of the early Bee Gees albums. Of course, as someone who likes those Bee Gees albums, that's perfectly fine with me.

Opener "When I Was Tealby Abbey" is charming, whimsical, and an obvious nod to the Bee Gees' quaint early style. The title track is the most blatant throwback to Sgt. Pepper (the album and the song), the record's most squarely psychedelic track, with shades of Syd Barrett. "A Dandelion Dies In The Wind" has all the musical and lyrical hallmarks of the late 60s British sound, a little (ok, very) silly but sweetly melodic. A few tracks have more of the kitschy pop sound that indicate Elton's future direction, like the perky "You'll Be Sorry To See Me Go."

It may not be the most original or indispensable album in the genre, but it fits in nicely alongside other acts of the age like Kaleidoscope et al., and it's a little crazy that the thing was unreleased all these years (even aside from it being recorded by one of the most commercially successful artists in rock history). Certainly I'll take it over a sizable chunk of Elton's official catalog. Hopefully it'll get a mass release sometime soon.

...and an audio rip of "Tealby Abbey":...and "Dandelion":You can find a rip of the entire album on YouTube.