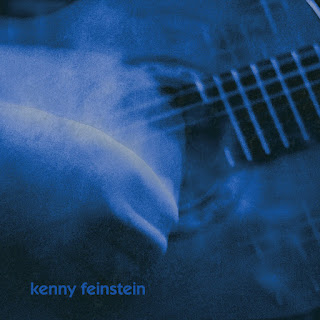 Sure, it's a novelty album aimed at a particularly targeted audience, but it's pretty great if you're part of that audience. Hurts To Love recreates My Bloody Valentine's legendary Loveless as a stripped down, acoustic album. For many of us, Loveless is one of the most innovative, striking, and personally affecting records ever, setting the bar for shoegaze impossibly high with its squalls of feedback and disorienting studio effects turning the underlying electronica/psychedelia nuggets into emotional sonic rollercoasters. Portland-based musician Feinstein strips away all the noise and studio wonkery, leaving just the basic tunes rendered on acoustic guitars, pianos, and strings.

I can't say that Loveless' songs necessarily stand up successfully on their own without the sonic bombast--that's wholly integral to the original record--but if you've already got those tunes etched in your brain, it's fascinating to hear them in this new form, blasts of distortion replaced with the stray cello, the original's ethereal vocals similarly ethereal but more to the forefront. And some of Loveless' more distinctive, poppier tunes, like "When You Sleep" and "Soon," reveal their hidden beauty when played with just some wispy acoustic instruments.

If you're a Loveless fan, definitely check this out, a way to enjoy the original when you're not in the mood to blow out the speakers. You can buy it on Bandcamp.

Audio rip of "When You Sleep":