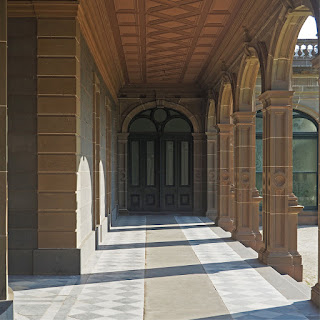 It's been a great couple of years for indie bands emulating the 90s indie sound, particularly the New Zealand/Kiwi Rock scene of bands like the Clean, Bats, and Chills. (See, e.g., the Salad Boys, Kiwi Jr., Bull, Blanketman, etc.)

The latest is Toronto-based Ducks Ltd. Their second release (following an EP earlier this year) is hot off the presses and already a new favorite, a clear front-runner for the best of 2021. It's short (barely half an hour), speedy, and straight to the point, kinetic guitar rock that romps along nicely over a primitive electronic beat. The band is just a couple guys and a drum machine, but they fill out the sound with a few backing musicians and singers (including the wonderful Beths on a couple tracks). It's loaded with fizzy jangle, effortlessly casual yet tied to tight hooks. They're clearly well-versed in their Kiwi Rock history (the song title "Under a Rolling Moon" conjures up the Chills' "Rolling Moon"--while rocking a frenetic Feelies vibe), and most closely approximate the Clean, but shades of the afore-referenced Feelies, maybe even a shot of Pavement, abound. I'd try to pick out a few highlights, but, frankly, each of the record's 10 tracks is wonderfully catchy in its own right.

I enjoyed the earlier EP, which you should also check out, but this one tightens up the shambling sound of the prior songs and gives them some serious power pop authority. Buy it on Bandcamp!

Here's the video for album opener "How Lonely Are You":