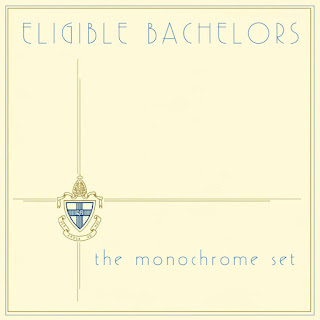 This quirky, wonderful UK indie band has been kicking around in one form or another for over 40 years, but I'll admit I've only just recently discovered them, trying to make up for lost time with a piecemeal dive through their back-catalog.

Though they date back to the early days of UK post-punk (some of their members previously played with Adam Ant), their sound is far more whimsical, a post-Ray-Davies oh-so-British, lyrically clever, joyous (but intermittently melancholy) pop that most closely resembles the Jazz Butcher (R.I.P. Pat Fish) and the Cleaners From Venus, with maybe shades of Robyn Hitchcock, Television Personalities, and Captain Sensible. The music incorporates some of the Smiths' guitar jangle and, increasingly over time, the Beatlesque melodicism one might associate with Britpop as well as some more Bowie-esque crooning.

The 3 core members of the band--led by a frontman going simply by "Bid" (nee Ganesh Seshadri)--have recorded over a dozen albums, with rotating additional musicians, in various phases. They released several albums and multiple singles in the early 80s; regrouped for another half-dozen records in the mid-90s; and, after a 20-year break, regrouped once again around 2010 and have been steadily releasing new music ever since (most recently with the fine Allhallowtide just a few weeks ago!).

Eligible Bachelors dates back to the band's initial run, and while I don't have a firm enough grip on their discography to say it's their best album (I really like 2016's Cosmonaut, so I'm not wedded to a particular band era), it's a really fun one--and, even better, got a recent deluxe re-issue with tons of singles, b-sides, and live cuts. It opens with the jaunty and ridiculously tuneful "Jet Set Junta," that smile-inducing lightheartedness shining through; but it's followed with the straight pop of "I'll Scry Instead," which sounds like an early blueprint for the Housemartins. And then there's "The Devil Rides Out," which sounds like a Smiths song, only the lyrics appear to be lines from the Satanic bible in a foreign language, I'm really not sure. There are also a couple nifty instrumentals: the title track sounds like a great lost 60s surf guitar classic, while "The Great Barrier Riff" (great title!) reminds me of Jonathan Richman's instrumental tunes. It's a terrifically fun album from a band with a rich history that warrants a second (or belated first) look.