The Stray Trolleys: Barricades And Angels (1980) 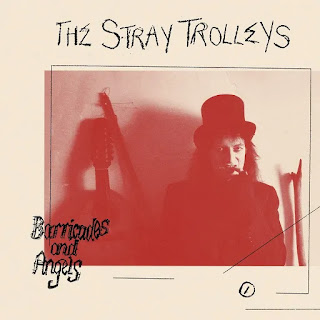 Martin Newell is the UK equivalent of Robert Pollard and Guided by Voices. Nearly as prolific, Newell has been releasing DIY records for decades, primarily as the Cleaners from Venus, but also as a solo artist and with various other configurations. And like GbV, his vast discography can be daunting and frustrating (but ultimately enthralling), plenty of half-finished lo-fi sketches surrounding a few delightfully catchy pop tunes per album.

One of Newell's most consistent records is his 1980 recording with the Stray Trolleys (reissued a few years later with new art), a one-off four-piece band that gives his songs a bit more polish than most of his later work as the Cleaners. Which doesn't mean this is anything close to slick; it's still pretty lo-fi, but sounds a little more like a working band than a lot of his home recordings. And the songs are largely terrific, quaintly British indie pop that calls to mind XTC and Paul Weller, with flashes of Syd Barrett and an apolitical Billy Bragg. A few tunes have hopelessly Beatlesque hooks that catch in your head, like opener "Secret Dreams of a Kitchen Porter" and British Invasion/Jam-like power popper "Love Into Action." "Governor's Only Daughter" is skewed, baroque pop that sounds like a rough sketch for XTC's work as the Dukes of Stratosphear; "New Age Dreamer" adds a touch of reggae and comes across like Joe Jackson by way of Billy Bragg; "Flamingo Road" is another British Invasion revisitation, a joyous, glam-pop fusing of The Creation and early Bowie. 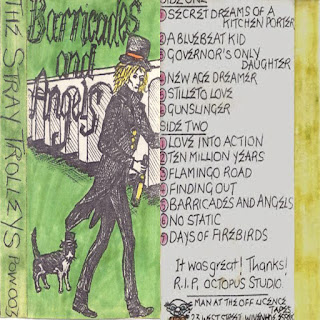 If you're new to Newell/Cleaners, this album is a great starting point; the other would be another side project, the Brotherhood of Lizards, which released an EP and LP in 1988/89. Beyond that, the discography can be pretty intimidating. Even the various compilations are weirdly varied; I ended up making myself a home-brewed compilation (necessarily somewhat haphazard) that works pretty well, and I've added that playlist below.

Here's a playlist of music from the Cleaners from Venus, Martin Newell, Stray Trolleys, and Brotherhood of Lizards: