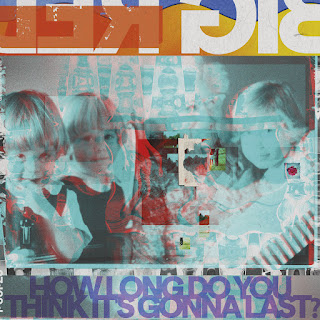 Big Red Machine is a side project from Aaron Dessner of the National and Justin Vernon of Bon Iver. They've released a pair of full-lengthers to date, both firmly in the "freak folk" genre (if that's even a thing). If you're a fan of either of those bands (particularly Bon Iver), this one is pretty essential, one of my favorite releases from last year; but even if you're enmeshed in the scene, it's a gorgeous, pastoral album of soothing contemporary folk/Americana music that's hard not to enjoy. The sound is diversified by the presence of a few guest vocalists, most notably Taylor Swift, whose most recent work was produced by Dessner. Swift takes lead on the lovely "Renegade," which not surprisingly sounds a lot more like something off her albums with Dessner than it does the rest of the songs here; she also adds backing vox to another tune, "Birch."

But no less terrific are the tunes sung by folk singer Anais Mitchell. Lead-off track "Latter Days" is beautiful, a callback to Bon Iver's earliest recordings but boosted by Mitchell's enchanting singing. "Phoenix," which features fellow freak-folk trendsetters Fleet Foxes as well as Mitchell, is an album stand-out, a little more upbeat and catchy than most of the more sedate material. The album has a few other guest shots (including Sharon Van Etten), though alas it omits the earlier single helmed by R.E.M.'s Michael Stipe.

Add this one to your pile of music for a sunny Sunday afternoon. You can buy it on Bandcamp.