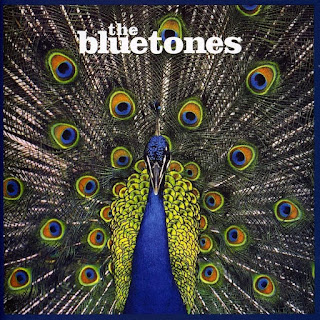 As noted on prior occasions, I pretty much skipped out on the 90s Britpop scene. Aside from some obvious hits by the likes of Oasis, Blur, and Pulp, many of the acts associated with the genre didn't get a lot of attention here at the States; and after my early 90s flirtations with some Manchester and shoegaze bands, my attention was firmly on US indie acts like Pavement, Yo La Tengo, Luna, GbV, etc.

But a recent attempt to put together a definitive Britpop mix for myself led me to discover a lot of truly great music I'd missed. I've really gotten into groups like Supergrass and Echobelly and Ocean Colour Scene. Another one that's grown on me is The Bluetones. As with many of the bands I associate with the era, I can't say I know a lot about them (though this, their debut, apparently sold quite well in the UK and pushed Oasis out of the #1 spot). And I don't have any great insights on their music. Suffice it to say that this record... well, it just sounds very Britpop. Shades of the Stone Roses' updated psych-pop sound, and the Smiths' jangle, and of course Oasis' Beatlesque big hooks. The music ranges from catchy melodic pop ("Slight Return," "Bluetonic") to post-shoegaze grooves ("Cut Some Rug") to some pretty ballads. A few cover the whole range, songs like "Things Change" building from hushed ballad to raging rocker. (Alas, notwithstanding the title, there is no Neil Young cover here.)

Sure, some of the tunes run on a bit long, but it's a surprisingly consistent record, solid across the board, and a great intro to a band I'm assume I'm not alone in having (foolishly) overlooked at the time. (A subsequent reissue appended a bunch of b-sides; I recently picked up a singles & b-sides collection, and these guys had an awful lot of really great songs inexplicably relegated to b-sides.)

By the way, in case you missed it, here's that Britpop compilation I put together: