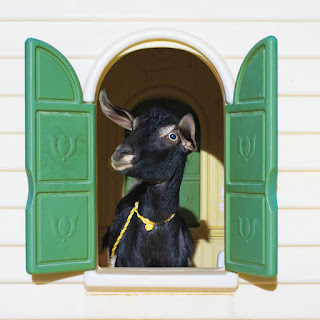 There have been some really good albums so far this year (I've spent time with Band of Horses, Beach House, the Minders, the Rave-Ups, Mild Orange, Elvis Costello, Jazz Butcher, etc.). But finally we get a really great one. And yeah, it's a ringer, from the always reliable Superchunk. But not a lot of bands pull off such a winner this deep into their career. Sure, a few great bands keep making solid records for decades (R.E.M., Wilco, Yo La Tengo), but in most cases I don't find myself returning to the new stuff as often as the old classics. But, while I've only spun this a couple times, I can easily see Wild Loneliness getting as much airtime for me as anything else in their discography.

After the return to the band's punk roots on 2018's What A Time To Be Alive, a Trump-era blast of catharsis, the band finds itself in far more relaxed, musically nuanced territory. There are acoustic guitars and actual ballads here, a few songs calling back to frontman Mac McCaughan's solo work or his Portastatic side project. And when they do crank up the amps, the music is in rollicking power pop territory, more like their excellent Majesty Shredding from 2010 (a personal favorite) than the boisterous thrash of What A Time or their 80s/90s work.

Too soon to pick out favorites here, but if you're gonna name a track "Endless Summer," it better nail that summer vibe, and it does. "This Night" also leaps out, pure pop abetted by unexpected keyboards. "Refracting" comes closest to replicating frenetic pogo-friendly Superchunk for those who still expect that side of the band (yet its still plenty tuneful).

Looking forward to spending a lot more time with this one. You can pick it up on Bandcamp.