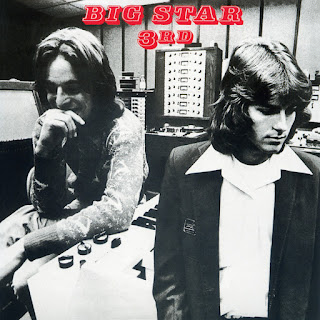 As noted previously, Big Star's 1972 debut #1 Record is one of my favorite albums ever, to this day the definitive power pop record, sheer brilliance start to finish from Alex Chilton and Chris Bell. And while Bell departed the band soon thereafter, 1974's Radio City was nearly as perfect, Chilton offering another batch of sweetly wondrous pop tunes.

But by the end of the 1974, it was just Chilton and drummer Jody Stephens. Chilton, apparently in a fragile emotional state at the time, laid down a series of stark recordings that bore little resemblance to Big Star proper, what was in effect a harrowing, soul-baring solo album salvaged by producer Jim Dickinson, who sweetened the tracks with some occasional strings while retaining their dark ambience. The recordings sat in the vault for a few years, finally released as Big Star Third in 1978. Subsequent reissues appended the name Sister Lovers (a potential band name used by Chilton and Stephens, who were dating sisters at the time). The album has been reissued in various forms over the years, with a few inessential bonus tracks (some Kinks and Jerry Lee Lewis covers, and a difficult studio tangent called "Downs"), culminating in a truly fantastic box set a few years back that collects various demos and early mixes alongside the remastered original. 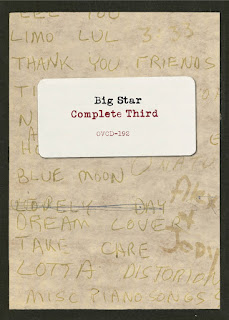 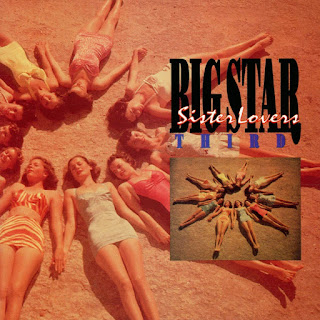 Despite its shambolic, intense vibe that sounds nothing like the band's earlier, shimmering power pop, Third is nonetheless a masterpiece, a disc I reach for nearly as often as the first two albums, though more as a late night accompaniment than a midday rave-up. Sure, there are a few tuneful throwbacks: "Jesus Christ" is the only Christmas song I care to hear, pure, joyous power pop that just happens to be a guileless spiritual; "O Dana," though rough, rocks a killer Chilton chorus; "You Can't Have Me" might have worked ok on Radio City but for its guttural anguish; and the delightful "Thank You Friends" is a chiming career coda that can be heard as either earnest pop or barely-veiled sarcasm after the band's commercial failure. (On the other hand, the rocking "Kizza Me" flies right off the rails.)

But the album's real hallmarks are the quieter, somber tunes. "Nighttime" and "Blue Moon" are gorgeous acoustic ballads; "Stroke It Noel" is a compact symphony, Chilton backed by a whirl of strings; "Big Black Car" is a powerfully stark pre-goth stunner. And then you've got "Holocaust," absolutely terrifying, a Sturm und Drang cousin of Lou Reed's Berlin; and the feedback-drenched "Kanga Roo," no less blood-curdling. And on top of that, there's a haunting take on the Velvet Underground's "Femme Fatale," Chilton's vocals as convincing as Nico's chilly original.

It's an emotionally grueling yet absolutely beautiful record, the darkness broken up by Chilton's gift for melodic pop.

Here's an audio rip of "Stroke It Noel":

...and "Nightime":Here's the reunited Big Star (Chilton & Stephens with the Posies) performing "Thank You Friends":Here's a live tribute to "Jesus Christ," with R.E.M.'s Mike Mills on vocals: