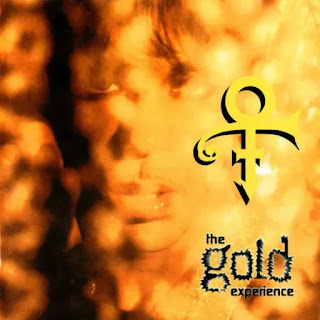 For those of us who grew up in the '80s, Prince was inescapable. 1999 and Purple Rain were everywhere, all the time; and, to an only slightly lesser extent, Around the World in a Day (particularly "Raspberry Beret") up through '86's "Kiss" single crossed across all genre boundaries, saturating radio and MTV and just life in general. But like (I presume) others of my generation, I lost the Prince thread after the decade passed.

Partly this was due to Prince being party music -- I didn't spend much time listening to his records, but you'd hear them at pretty much every high school and college party. By the time I got to law school and beyond, I wasn't spending time at parties (or at least not the kind of parties where it was mandatory to spin up some Prince, as had been an unwritten rule in high school and college). And partly it was due to Prince slipping into self-indulgence and excess, like a funk version of the prog music I'd listened to in the 70s... dropping his name for the unpronounceable symbol; releasing sprawling triple LPs; and, worst of all, failing to come up with the same insanely infectious singles that he seemed able to rattle off in his sleep in his earlier years.

But I've recently started delving into his post-80s work, and am amazed by how much high-quality music he was recording right up until his 2016 passing. Sure, few of the albums are start-to-finish stunning, and many are overlong, littered with distracting segues and tangents that cry out for a disciplined editor. For the most part, I was able to compress the highlights into a terrific two-CD collection.

Still, a number of these albums stand out. Hard to pick a favorite, but right now I'm particularly into 1995's Gold Experience (one of the releases from his era of leaving the Prince name off the album). A few tracks hold up to his 80s standards ("P. Control," "Endorphinmachine," the poppy "Dolphin," closing pop epic "Gold," and sappy but endearing ballad "The Most Beautiful Girl In The World"). More so than a lot of his later work, he leans heavily on the classic funk sound I love, rather than the more traditional soul music that increasingly became part of his repertoire, which I find much less interesting. Yeah, the album could still use a bit of editing, but there was a lot less surplusage than would plague his later albums.

I'm still more likely to pick up my copy of 1999 (particularly this year's mammoth reissue with more rarities and outtakes than once can imagine), but Gold Experience is pretty great.