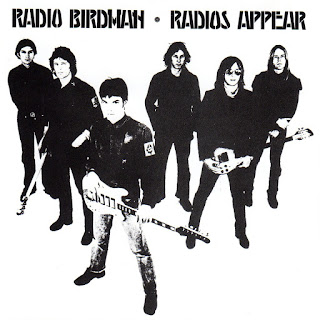 Australian punk progenitors Radio Birdman are as essential a part of early punk history as the Ramones, Pistols, Buzzcocks, Clash, Wire, etc., yet outside of music nerd circles they remain largely unknown (at least in the States). Which is a shame, as their 1977 debut is as compelling as the work of their better-known brethren. Though stylistically similar to many of the early punks, with stripped down 3-or-4-chord guitar blasts, raggedly cathartic vocals, and pure feral energy, the Radios also had a knack for melody and atmospherics, blending an obvious Stooges-inspired hard rock ferocity with riff-heavy surf rock.

Opener "Aloha Steve & Danno," a "Hawaii Five-O"-themed ditty that perfectly meshes the Clash and the Ventures (with helpful wooh-ooh-oohs in the chorus), is as timeless an anthem as anything else from the era. Songs like "What Gives?" and "Murder City Nights" barrel forward relentlessly, but the guitar riffage and thunderous rhythm section elevate them beyond lesser punk also-rans.

The follow-up, 1978's Living Eyes, is at least as good, tempering the rudimentary sound of the debut with a bit more musical sophistication, most notably on the hypnotically intense surf-punk anthem "I-94" (an earlier version of which had first appeared on an EP pre-dating Appear), a song that really ought to be used on every Quentin Tarantino soundtrack until the end of time.

The bulk of the first two albums can be found on the comprehensive and accurately titled Essential Radio Birdman from a few years back.

...and "Descent Into The Maelstrom":