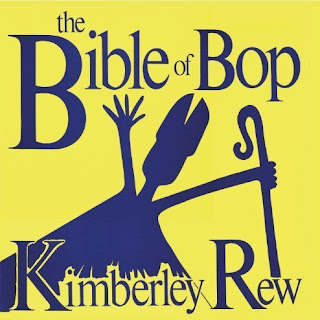 For several years before becoming a long-running solo artist with a number of understated but enjoyable indie pop albums to his name, Kimberley Rew seemed content to be the largely unsung hero of other bands. As guitarist for the Soft Boys, he stood largely in the shadow of Robyn Hitchcock; after Hitchcock went solo, Rew formed the Waves -- later embellished to Katrina & The Waves -- writing ridiculously catchy pop tunes (many of which he also sang on their early indie releases, before passing the mic entirely to Katrina Leskanich during the band's brief flirtation with MTV stardom).

Between those two gigs, Rew recorded a number of tracks, backed by members of the Soft Boys and the Waves (as well as the dB's). The songs, captured on the pithy mini-LP Bible of Bop (later expanded by a few tracks on the CD reissue), perfectly showcase Rew's wide-eyed, pretense-free, glimmering pop sensibility. The songs feature the distinctive, Byrdsy jangle of the Soft Boys (making a strong case that Rew contributed more to that band than Hitchcock's dominance may suggest), as well as the simple, no-frills hook-craft of Katrina & The Waves.

The original LP's opening and closing tracks, "The Nightmare" and the repetitive yet effervescent "Hey War Pig," are abetted by Katrina; "Stomping All Over The World" is a great lost Soft Boys tune; "My Baby Does Her Hairdo Long," with the dB's, emphasizes Rew's preference for laying out a simple hook and just kinda putting it out there until he's ready to move along.

Here's an audio rip of "Stomping":