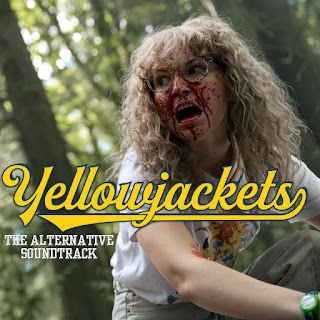 An imaginary soundtrack... or just a great playlist of '90s alt.rock helmed by women. Either way, this was fun to throw together (and to play).

Yellowjackets was one of my favorite new shows of the past year. If you haven't seen it (and why haven't you seen it?!?), it focuses on a girls' high school soccer team whose plane crashes in the Canadian woods circa 1996, tracing their descent from standard teen drama to wigged-out insanity and (maybe?) cannibalism, while simultaneously depicting the present-day traumatized existence of the handful of survivors. Think of Lost crossed with Lord of the Flies... Anyway, great show, alternatingly dark and funny, with outstanding performances from both the teen and adult versions of the women.

The show relies on its soundtrack to frame the 1996 flashbacks, a broad selection of music ranging from Liz Phair and Mazzy Star to more mainstream-friendly pop and R&B acts like Salt 'n' Pepa and Wilson Phillips, the breadth of the music matching the freewheeling tone of the show and the women's personalities (though it's not entirely comprised of music from women). The official playlist for the show can be found here on Spotify.

Naturally, I migrate more towards the indie/alt.rock side of the equation, and I envisioned an alternative soundtrack constructed of early/mid-90s songs exclusively created by women, mostly just outside the mainstream (but still relatively alt.radio-ready). So that's what I've come up with. You've got the big alt.rock names (Garbage, The Breeders, Belly, Veruca Salt, Letters to Cleo, PJ Harvey, Hole), slightly more traditional singer-songwriters (Tori Amos, Fiona Apple), riot grrl/punks (Bikini Kill, Sleater-Kinney), indie rockers (Liz Phair, Bettie Serveert, The Muffs, Throwing Muses, Helium), and some slower mood music (Portishead, Mazzy Star). The only non-'90s track is the original theme song from the show, "No Return," sung by Anna Waronker (of  '90s band That Dog, also here).

I think it would suit the show pretty well, though, again, it's a fine mix even outside of that context. 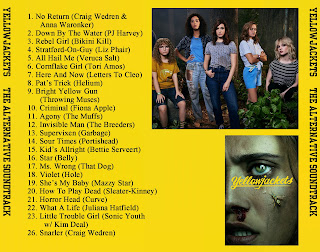 Here's the Spotify playlist recreation of my CD version. (Alas, Curve's "Horror Head" doesn't stream, which is a shame as it seems perfect for the show & mix.)