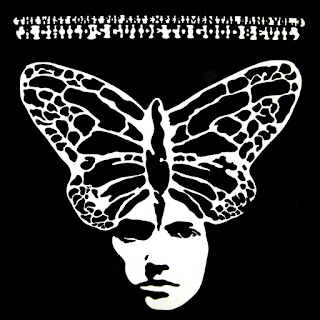 Returning now to one of my all-time favorite 60s psychedelic bands, not necessarily based on the music (which ranged from perfectly enjoyable pop-psyche to odd experimentation to kinda gross), but on their freaky back-story, which I referenced in my write-up on their previous LP, but which is always worth a fresh read.

Anyway, A Child's Guide (alternatively titled Vol. 3) is either their third or fourth album, depending on whether you include an early, lo-fi release as a proper first album. It's not dramatically different from the prior one, with another interesting (again, more interesting than necessarily great) batch of offbeat tunes. Opener "Eighteen Is Over The Hill" telegraphs pretty plainly (at least in the title) the fixation of the band's lyricist/financier on underage girls (again, check out that really creepy band history above), though it's actually a perfectly lovely song with an AM radio-friendly pop-folk vibe, the lyrics avoiding the explicit creepiness suggested by the title; "Our Drummer Always Plays In The Nude," in contrast, is far creepier, but musically is a fun and perky little romp. "In The Country" is fizzy, psychedelic pop with a waft of Americana; "As The World Rises And Falls" is quiet, lethargic psychedelia, strains of the Byrds at their trippiest (and, yeah, some more creepy lyrics); "Watch Yourself" is offbeat and trippy, odd percussion and crowd noises over catchy psyche-pop; "Until The Poorest Of People..." has more electric fizz amplifying the sitar and guitar-driven riffs.

There are moments of more self-indulgent weirdness, like "A Child of a Few Hours Is Burning to Death," a bizarre spoken word narrative over a "Susie Q"-styled boogie-blues riff (a bit of a throwback to some of the more expressly Zappa-inspired tunes of prior albums). And "Anniversary of World War III" is just a minute and a half of silence, John Cage-style (but, hey, at least no creepy lyrics about pre-teen girls). The CD appends a couple alternate versions of older songs (like the fantastic Byrdsy psychedelia of "Shifting Sands").

Across the band's 5 or 6 albums, some long out of print, there is one truly terrific psychedelic masterpiece waiting to get out; but even spread out over multiple releases, with the gems mingled with all sorts of oddities, they remain one of my personal faves.

Here's an audio rip of "Eighteen Is Over The Hill":