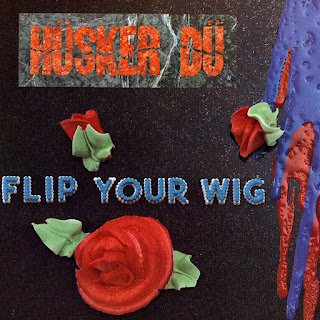 Had a fun new release I was all excited to talk about today... but it just felt hollow. RBG left us yesterday, a titan in defending the rights of women, of the disenfranchised, of recognizing that a Constitution that did not protect the powerless against the tyranny of the powerful is no Constitution at all. And an amoral Republican Party eagerly embraces the opportunity to wreak devastating havoc on the nation for at least a generation to come.

And today, we hit 200,000 victims of Trump's utter incompetence, dishonesty, and craven narcissism in neglecting a pandemic which has taken such a massive human and financial toll.

It feels like writing about some random album in my collection is oblivious and tone-deaf. Yeah, that obscure 60s album from the band Apple is kinda cool and it'd be great if one or two people checked it out because they stumbled across my meanderings here... but aren't there much bigger fish to fry?

On the other hand, music has always been my solace in times of sadness and dislocation. There's something to be said for having a safe space where we DON'T have to fret about the world around us and can just talk about and listen to music for a little while. That's why I have concertedly focused my Twitter account on music rather than indulging my urge to vent about politics (with occasional lapses); there are plenty of people handling that already.

Anyway, fuck it, here's an album for you. When I need to chase away the blues, cranking up some Hüsker Dü is the way to go. I usually opt for New Day Rising, if only for the fail-safe joy of "Books About UFOs," but their other album from 1985 is no less effective. Like New Day, Flip Your Wig is a perfect balance between drummer Grant Hart's chipper, infectious pop ("Green Eyes," "Flexible Flyer") and Bob Mould's more cathartic rockers. And today in particular, it's the latter I need. "Makes No Sense At All" was one of the few Dü tracks to make a bold leap for almost mainstream pop acceptance beyond the college radio bubble, and still feels riveting.

But my go-to when I need to blast away the blues has long been Mould's "Divide and Conquer." The message is vague, the lyrics suggestive but not proscriptive; but it's that raging guitar hook that does it for me. Needless to say, volume knob to 11 here, folks.

Here's a cool lyric video for "Divide and Conquer," though it oddly putters out partway through the song... not that the black screen doesn't somehow feel just about right today.

Here's the video for "Makes No Sense," doubly wonderful for appending their b-side cover of "Love Is All Around" (the Mary Tyler Moore Show theme)....and a live "Green Eyes":